Akademi Kristus is not for profit project in Bali that is changing the lives of Indonesian youth through martial arts, education and creative arts. Akademi Kristus is a project of Arms of Love Foundation (Yayasan Tangan Kasih Indonesia) Bali.

Arms of Love Foundation is a a registered Indonesian charity that exists to bring hope to a hurting world.  Through a range of social development projects including Akademi Kristus, they aim to reach out to people in need and help to improve their quality of life.

Arms of Love is a Christian based foundation founded by Pastor Wayan and Gayle Dwije and is the social arm of C3 Church Bali.

Akademi Kristus, co-founded by Geoff Collins and Woon Ooi, was established as a Community Hub to serve the local community and in particular local young people. Geoff and Woon’s passion for loving people lead to the development of  martial arts, education and creative arts programs that aims to empower and equip Indonesian youth by building practical skills and knowledge.

Akademi Kristus is committed to changing the status quo and has partnered with A2B Support in Australia to raise awareness of the poverty conditions in developing countries and to raise funds to support our project. A2B Support is a registered Australian Charity with DGR status. 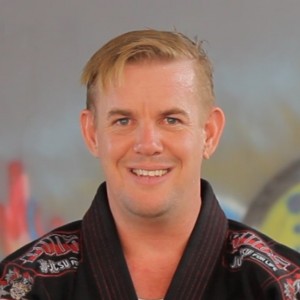 I left home when I was young and lived a pretty wild life. When I was 21 I moved to Indonesia and a year or 2 later I had a spiritual awakening. I went on to attend church regularly, get married and have 3 kids.

In 2011, we moved from Java to Bali. A friend at church invited me to join Red Frogs for their first year serving in Bali. It was there that I met Woon. In 2013, the  2nd year of doing Red Frogs, Woon and I got talking about our love for jiu jitsu.

Post Red Frogs 2013, I was in a Saturday morning prayer meeting and God gave me a vision to open a gym and give free classes to street kids. I also had the impression that I should share the vision with Woon. The vision was so strong that I spoke it out to everyone in the prayer meeting.

My wife and I had been teaching in a slum for several years. Since our youngest daughter was born, it was hard for us to go in there. Whenever we did, our baby would get sick. I started to see how the gym could be a place to facilitate their classes in a clean, safe environment.

But by the time I got home I had started to think it through. As a white belt with no money to start a gym, I started to think that perhaps the gym was a vision for when I was old and rich. I couldn’t work out how to tell Woon or even articulate what I wanted from him, so I canceled the idea of emailing him.

Several months later, Woon came over to Bali again to scout things out for the next Red Frogs. I casually shared with him the vision, thinking it was just conversation. Woon returned to Australia and came back a few months later for Frogs.

He told me he’d shared the vision with people in Australia and that there were over 100 people behind it!

It seemed like there was a possibility that the dream could become a reality.

In March 2015, Woon, Jamie Murray and a group of people from Renegade MMA and the Australian Elite Team came to visit. We showed them the location we had found for the gym. We prayed over the location and they headed back to Australia, leaving us with 20 donated Gis and a bunch of boxing equipment.

We told the owner of the house that we were definitely keen but that we had no funds yet and so, by default, if anyone else came along we would have to give up the house and land.

On May 2nd 2015, Jamie and the grappling community in Australia broke the world record for the longest continuous jujitsu class. The grappled for 33 hours straight and raised enough money to secure a one year lease on the house and land, plus build the roof.

We started picking up the kids from the slum as soon as the roof was built. We spread cardboard and tarpaulins on the dirt and put some jigsaw mats on top. My wife would teach some of the kids English and art and craft while I took some others for jujitsu or boxing. 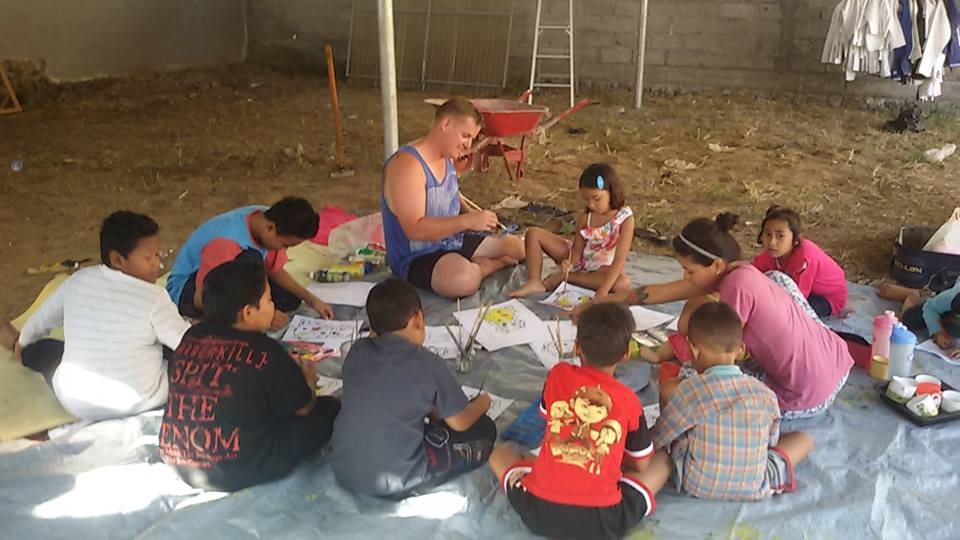 Our first classes on a tarp on the dirt.

Our first classes on a tarp on the dirt.

In the months that passed, so many people got behind the classes. People raised and donated funds to put down paving in November. We got lights in December and then, just before Christmas, we got our jujitsu mats. We now have a steering committee in Australia and there are so many exciting things coming up in the future.

For me personally, it is an honour to serve the community we serve. They are simple people who are neglected by the rest of society. But as Jesus said “’Truly I tell you, whatever you did for one of the least of these brothers and sisters of mine, you did for me.’ (Mat 25:40)

We now have boxing, jujitsu, art and craft, English and even a special needs class running. We have rebuilt a house in the slum for a man who had a stroke, we are looking at community development projects and we are touching and changing these kids lives in a very real way.

But there is no way we could do the things we do, or dream of doing the things we have planned in the future, if we didn’t have people like Woon, Jamie, the Renegades, AET, G4C and so many others standing shoulder to shoulder with us.