AK recently sent competitors to the annual Super Grappler tournament in Surabaya. The opportunity not only motivated competitors and AK students Theja and Kadek to train harder, but has spurred everyone at AK on to be more motivated. Next year we hope to bring a bigger team.

At 26 years old, this was Theja’s first time on a plane – a big milestone in his life. Everyone fought well. Theja managed to win his first two fights and looked very good doing so. During the third fight he fell victim to a leg lock wiz. In the “absolute” round, Theja managed to go to sudden death with a much larger opponent.

Kadek battled his nerves and also fought very well. He faced an opponent who would later take out third place in his division. At one point, Kadek had an ankle lock but, in line with his awesome personality, did not put it on hard. This gave his opponent the opportunity to escape and foot lock him. I’m proud of him for listening and prioritising people’s safety.

In “absolute”, Kadek also competed well against a much older and more experienced opponent.

I fought against the same competitor I managed to beat in 2016 to take out third place last year. It was a pleasure to lose to him. After last year’s competition, this competitor stayed in touch via Facebook and has financially supported AK so that kids from the kampung can have snacks at movie nights. Prior to this year’s competition, he told me that he was fighting for AK – even though he’s from another club in Jakarta.

We’re so proud of all our students at AK. We don’t have a “go hard” attitude when we roll at the gym. We roll light, we give others opportunities and we prioritise safety, community and fun. This may not be the best preparation for competitive BJJ but we have proven that AK students can hang with the best and more importantly, always represent AK and what we stand for!

Next year we’ll be back, we’ll be better prepared and there will be more of us. 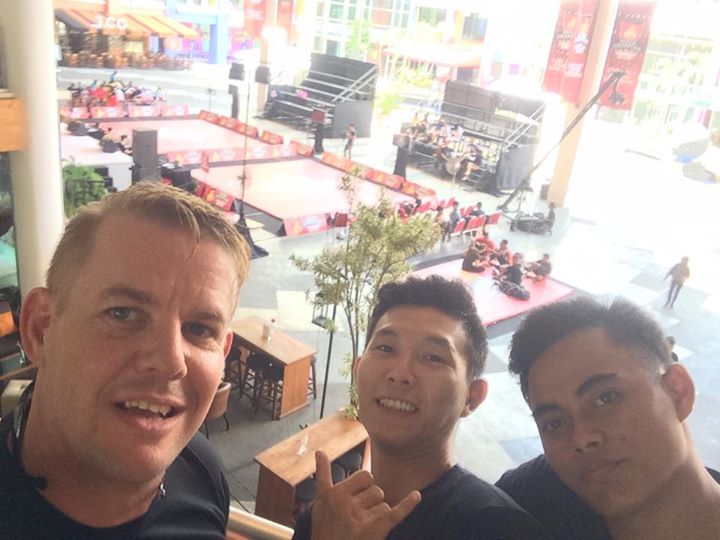